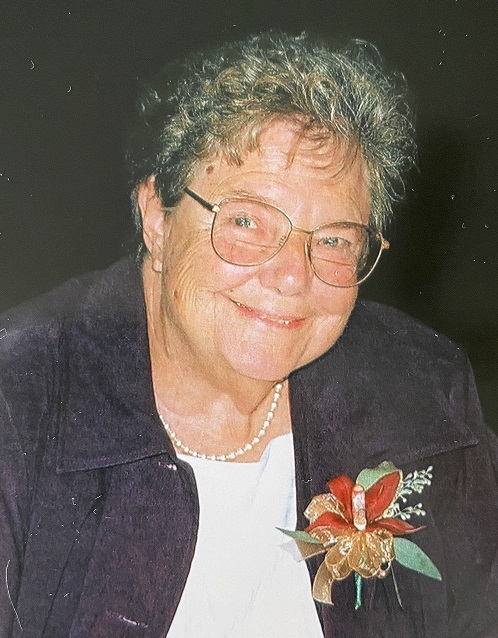 She was the former GE girl in the small electronics department at Dayton’s in downtown Minneapolis.   She then started as a substitute cook in Robbinsdale School District # 281 and worked her way up ending her twenty-six-year career as the Assistant Food Service Director for the school District.   She retired in 1992.

She loved camping which she and Bob did all over the United States, with her favorite spot at Two Harbors, Minnesota where she spent countless hours watching the ships come in and out of Burlington Bay Harbor.

An exceptional baker, she taught cookie classes for many years and made countless specialty cookies for family during the holidays.

Her family was so important to Donna.   She attended every sporting event, concert and parade her children and grandchildren were in.

After Bob passed away, Donna built a house in Florida near where they wintered for many years.   She spent summers at Two Harbors, until health issues brought her back to Minnesota full time.

Survived by her daughters: Pam Elletson of Rockford, Patti (Merlin) Ladd of Hinckley and Cindy (Mark) Fiecke of Winsted; eight grandchildren and nine great grandchildren; a host of other relatives and friends.

A Memorial service for Donna Plaisance will be held on Sunday, September 19th, 2021 at 3:00 P.M. at The Chilson Funeral Home in Winsted.

A time of gathering will be held on Sunday, September 19th from 1-3:00 P.M. at The Chilson Funeral Home in Winsted.