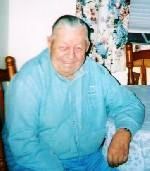 Donald farmed on the family homestead three miles east of Winsted for many years. He also worked at Green Giant in Winsted and at The Blue Note.

He enjoyed farming, playing the accordion, driving and John Deere.

Survived by nephews: Harlan Kieser, Darryl Kieser and Todd Kieser all of Winsted; other relatives and friends.

Preceded in death by his parents, a sister Arlene S. Kieser, a brother-in-law Wally Kieser and by a nephew Kevin Kieser.

Funeral Services for Donald Lohrke will be held on Wednesday, January 20th, 2016 at 11:00 A.M. at St. Mark Lutheran Church in New Germany. Pastor LeRoy LaPlant will officiate. Interment will follow at St. Mark Lutheran Cemetery. Margel Kirchhoff will be the organist for the funeral service.