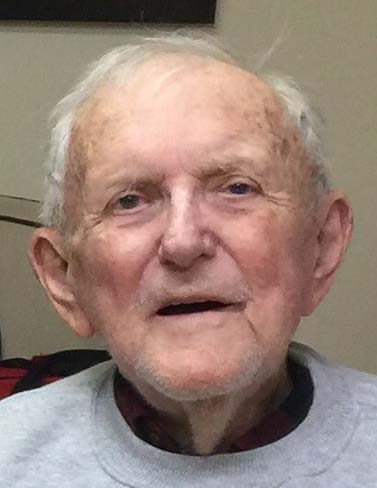 Born in New Germany, MN, and raised in Catholic faith to Lawrence and Anna (Quast) Sterner.  Don was a devoted and loving husband to wife Carol (Jahr) Sterner for over 65 years and a loving father to his four children: Tracey (Don) Bergerson of Anoka, MN; Jeff (Joanne) Sterner of O’Fallon, IL; Malea (Ray) Willmarth of Holcombe WI and Judy (Curt) Kovar of Roseville, MN.  He has one granddaughter Amanda Foreman of Riverside, CA and many nieces and nephews.

Don is survived by his older brother Albin (Louise) Sterner and youngest sister Claire Conger both of Naples, FL.  He was preceded by brother Wilbert Sterner and sisters Fidelia (Donald) Lahr and Monica (Richard) Engel.

Don and Carol started their lives together in the Twin Cities.  Don drove busses for then-Bloomington bus company (including a smaller 1960’s era mini-bus) and then moved to Eau Claire, WI, where he worked for the city in the parks department and then street department where he was a heavy equipment operator.  They lived in Eau Claire for over 50 years before both moving into assisted living memory care in 2020.

Don enjoyed growing small gardens occasionally in tribute to his family’s farming heritage.  He and Carol loved to fish, boat and travel.  They were avid MN Vikings and Twins fans.

Funeral Mass will be held Wednesday, November 30, 2022 at 10:00 AM with visitation one hour prior all at Saint Rose of Lima Catholic Church, 2048 Hamline Ave N, Roseville, MN 55113. Inurnment will be held at a later date.

Funeral arrangements have been entrusted to Chilson Funeral Home of Winsted. Online condolences for the family may be directed to www.chilsonfuneralhome.com