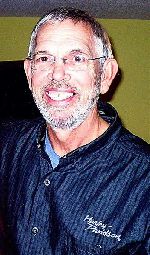 Delmer was born on June 2, 1952 the son of Albert and Edna (Quast) Bentz in Lester Prairie, MN

Delmer was a faithful member of St. John’s Lutheran Church in Winsted and he served as an elder for many years. He was a member of UFFDA for over sixteen years and truly enjoyed hunting and motorcycles (especially Harley Davidson).

Visitation will be held on Friday, February 24, 2012 at the church from 4-8 PM. Further visitation will take place Saturday morning one hour prior to services.

Funeral Services will be held on Saturday, February 25 at 11:00 A.M. at St. John’s Lutheran Church in Winsted, MN