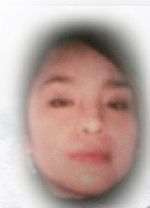 She was born on January 30, 1992 in Bemidji, MN the daughter of Richard Allen Kingbird and Shirley Jean White.

Delainey was an outgoing young woman who had an exciting and fun personality. She truly enjoyed spending time with her daughter Nellie Jean Kingbird, her sister Salina Kingbird and her brother Richard White Sr., and all her family and friends. She also loved listening to music and getting dressed up for taking pictures. She was a typical young lady who loved shopping and spending time on the computer.

She was preceded in death by her mother Shirley Jean White, maternal grandmother Priscilla White and her sisters Jacinda White and Sheila White.

Funeral service for Delainey Kingbird will be held on Saturday, December 8, 2012 at 10:00 A.M. the Ponemah Boys & Girls Club in Ponemah, MN. Steve Jackson will be the Spiritual Leader.

All night wakes will be held on Thursday and Friday beginning at 4:30 P.M. at the Ponemah Boys & Girls Club.

Interment will be at the White Family Burial Grounds in Ponemah, MN.