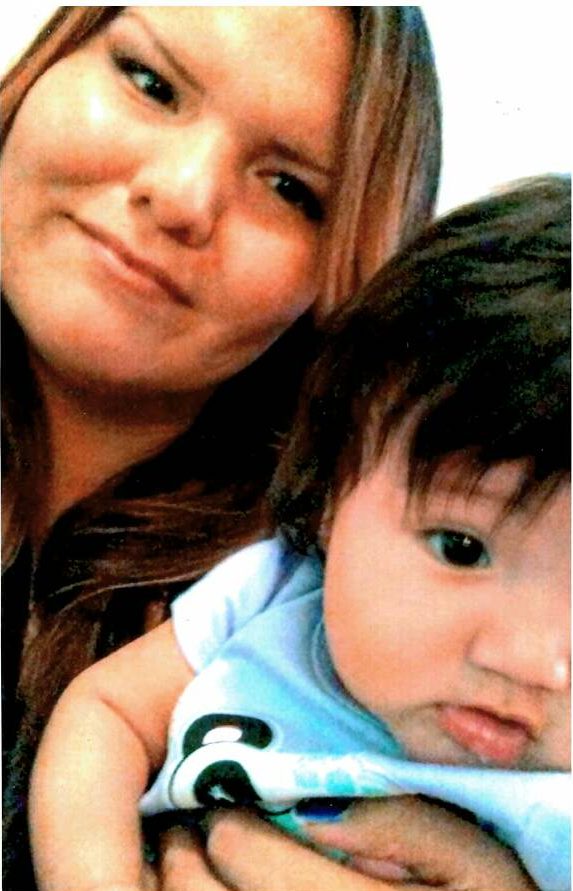 Deidra Dianne Lufkins, Journeyed to the Spirit World on May 8, 2022 by Butte, Montana.  She was born on January 14, 1992 the daughter in Watertown, SD of Daryl Lufkins Sr., and Rae Deanne Finley. She is survived by her daughter: Rayne Azalea Eagle and brothers: Daryl Lufkins, Jr., and Thomas Lufkins.

As a child, Deidra loved watching Disney movies, growing up, her favorite was The Lion King and The Aristocats.  She had a big collection of Disney movies.  Her favorite cartoon was Rugrats and The Fairly Odd Parents, she’d watch them all day if we let her.  She also loved Winnie the Pooh! Anything that had him on it, she wanted it.  When she started her teenage years, she was a Brittany Spears and Shania Twain fans.  Then as she grew older, she ended up listening to Rock/Metal bands.  Her favorite of all was Avenged Sevenfold, HIM and Slipknot.  She was never a girly type, kind of Tom boyish, outspoken and a little on the mean side, if you got her crabby enough.  She loved animals and had many pets growing up.  She was always bringing home strays and begging to keep them, even though we’d say no, you have enough pets.  But somehow talked us into letting her keep them anyway.

She had a happy childhood and loved to reminisce about it.  Laughing and joking around about all her crazy time with her two brothers, cousins and friends.  She’d remember everything when she spoke of her “good times”. As she called them.  She got to spend her last month’s living with her baby girl: Rayne, Jared Eagle, and Lois Kampeska to whom we are forever grateful for sharing their home with Deidra and taking care of Rayne when she couldn’t be there.  No words can express how much it is appreciated.

Deidra was very close to her family and friends. Growing up, she spent a lot of time with her many relatives on the Sisseton – Wahpeton Reservation.  Her education began at the Enemy Swim Day School in Waybay, SD.  Then on to Tiospa Zina Tribal School in Agency Village, SD.  She was a very smart student and was in the gifted and talented classes all throughout her education.  Receiving numerous academic awards and student of the month awards.  She really enjoyed going to school, always so happy to go never complained.  Deidra graduated in 2010 from Watertown High School in Watertown, SD.

She developed many close friendships during her education, she loved going on school trips with her friends to Valleyfair, Sioux Falls, Fargo, Minneapolis, and where ever else they ventured off too.  During her senior year and after graduation she started babysitting for her aunty Lisa Haug-Reese.  She took care of Lisa’s daughter: Zalee, they became very close and Lisa would take Deidra along on her business trips to watch Zalee or just stay home with her, sometimes while her aunty was busy. Deidra loved Zalee very much and spent a lot of time with them up until her aunty Lisa’s passing.

She had various jobs also, as a teenager.  She worked at Kids Zone / Tun O’Fun in Watertown.  She loved kids of all ages and being around them. In 2016, she met Jared Eagle and to their relationship, Rayne Azalea Eagle was born on August 15, 2017.  Deidra was a very proud Mama, her and Jared were so happy, bringing Rayne into this world.

Deidra loved her family with all her heart, she was always concerned about her brothers, they were very close siblings growing up.  They loved teasing each other, always laughing and joking around.  When they were little, they loved watching W.W.E. every Monday night and Wrestlemania every year. Her and her brothers got to go to a W.W.E.  event in Sioux Falls, SD. and see them live.  That was one of her favorite memories as a child.  Her graduation gift was also a favorite of hers. She got to go to her first rock band Avenged Sevenfold, a gift from her aunty Lisa.  She attended alone, but had the time of her life she said.

But over everything, she got to do, the places she got to go and people she seen, the most important to her was time spent with family and friends, just hanging out, being together, cook-outs, riding around and having fun with her childhood best friends, Ryannen and Becca.  She loved spending time with them.  The three were very close since kindergarten.  Deidra had many cousins, whom she grew up with also, the ones who were like her siblings, Brandon, Nico and Alyssa White.  Family was so important to her, she always helped out when she could and was a very kind, loving, caring daughter.  She did everything to make her parents proud. Took care of her family and most of all, left us with a part of her heart and soul, Rayne.

Although we’ll never physically see you again Deidra, we are so blessed that you shared your life with us, and left all of us with countless, crazy memories that’ll live in our hearts forever.

An all-night visitation will be held on Thursday, May 19, 2022 at the Sisseton Wahpeton Oyate Community Center beginning at 7:00 P.M. in Sisseton, SD.

A funeral service for Deidra Lufkins will be held on Friday, May 20, 2022 from 10:00 A.M. to 12:00 (Noon) at the Sisseton Wahpeton Oyate Community Center in Sisseton, SD. Filmore Simon will officiate.

Interment will be held at the Waubay Cemetery in Waubay, SD.

The Chilson Funeral Home in Winsted, Minnesota assisted the family with funeral arrangements.  On-line condolences can be directed to www.thechilsonfuneralhome.com.