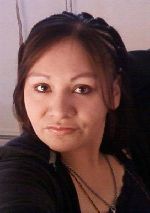 Debra Ann practiced her Indian Culture and was a traditional dancer. She graduated from Four Directions Charter School and attended the Fond Du Lac Community College. She was planning to return to college in the fall of 2012. She enjoyed going to Pow Wows and cultural events, and enjoyed being with her children and family members. Some of her hobbies were going to bingo and casinos and being with friends.

Further wakes and funeral will be held on the White Earth Reservation.

Arrangements are by the Chilson Funeral Home, Winsted, MN