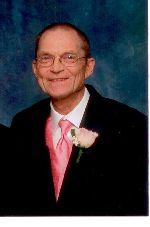 David P. Pawelk and Marilyn L. Peterson were married on September 29, 1974 at Stockholm Lutheran Church in rural Cokato. God blessed their marriage with two children, Lynette Jean was born on May 11, 1977 and Paul Jacob was born on February 25, 1981.

David resided in Winsted until 1974 at which time he moved to Lester Prairie.

He was formerly employed at Sterner Lighting Systems and Millerbernd’s in Winsted, Lester’s of MN, Inc. in Lester Prairie and lastly with Bending Technologies in Eden Prairie.

He was preceded in death by his parents Clara and Edwin Pawelk, parents-in-law Raynold and Doris Peterson, grandparents, aunts and uncles.

In 1977, Dave first became ill with a rare disease called Good Pasture’s Syndrome. During that time, he contracted Hepatitis C. He received a kidney transplant from his brother in 1979. Dave suffered many illnesses and diseases in a 34 year time span. He had a second transplant in 1997. In 2006 he was stricken with Hodgkin’s Lymphoma. In 2010 he was diagnosed with colon cancer and had a portion of his colon removed. At that time, it was discovered he developed liver cancer. On August 26, 2011, he received a liver and kidney transplant but within two weeks following the surgery, his health began to fail. His Hepatitis C became aggressive and attacked the newly transplanted liver. With his family by his side, he entered eternal peace on October 16, 2011. Dave was a fighter right to the end and will be dearly missed by his family and friends.

In his early years he liked to go duck hunting with his son but after a time, it became too difficult. He did enjoy camping, fishing, building things such as a toy box for his new grandson, doing home projects and most importantly spending time with his family. His kids and new grandson were the most important things in his life.

Funeral services for David Pawelk will be held at 11:00 A.M. on Thursday, October 20, 2011 at Bethel Lutheran Church in Lester Prairie. The Reverend Duane G. Hetland will officiate.

The Chilson Funeral Home Winsted is assisting the family with arrangements.