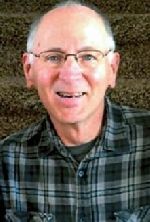 David honorably served his Country in The United States Air Force for four years. He was a Viet Nam Veteran.

David valued a hard day’s work and took much pride giving his best. A value he instilled in all of his children. He spent 21 years in education. He ended his career giving all of his handyman advice working for Menards.

Preceded in death by a daughter Natalie Roufs in 2009, his parents and by his father-in-law & mother-in-law Arnold & Mary Painschab.

A Mass of Christian Burial for David Roufs will be held on Monday, February 4th, 2019 at 11:00 A,M. at St. Mary’s Catholic Church in Waverly. Father Kenneth O’Hotto will be the Celebrant.

In lieu of flowers, memorials are preferred to Alzheimer’s Research.