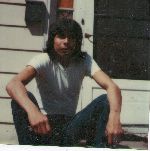 Darwin was employed as a Laborer.

In his younger days, he enjoyed working out, listening to music, playing cribbage and spending time with family and friends.

Funeral services for Darwin Smith Sr. will be held on Wednesday, December 18th, 2013 at 10:00 A.M. at The Veterans Memorial Building in Cass Lake, Minnesota.

All night wakes will be held on Monday, December 16th and Tuesday, December 17th beginning at 5:00 P.M. at The Veteran’s Memorial Building in Cass Lake, Minnesota.

Honorary Casket Bearers will be Harold Budreau, Roger Budreau, Tony Budreau, Milton Budreau, John “Crow” Smith, Marvin Hanson, Jason Kornezos, Jessie Beaulieu and all his buddies and you know who you are.