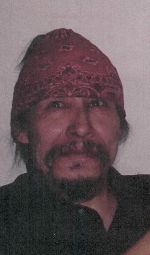 Darryll Sampson BringsThem was born on June 29th 1953 in Fort Yates,N.D. He was the second child of eight born to Sampson & Elizabeth(BearGhost) BringsThem.

Darryll was a very active individual who loved playing and watching basketball and enjoyed the company of his family and friends. His humor was infectious,making for memorable moments to whomever was in his presence.Walking everywhere and socializing with everyone,he made lots of friends who came to know him as ”Dad” because of his constant love and appreciation for his children and grandchildren.

Darryll was preceded in death by his parents and an infant daughter Kelly.

All night wake will be held on Tuesday, March 29th beginning at 5:00 P.M. at Little Earth of United Tribes.

The Chilson Funeral Home in Winsted, Mn. is serving the family. Online condolences may be made to www.chilsonfuneralhome.com