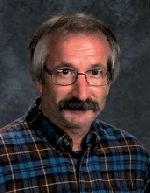 It is with great sadness that the family of Daniel Entinger announces his passing away after a brave struggle with ALS on August 13 , 2019.

Born January 4, 1962 to Fred “Fritz” and Dorothy
(Kieser) Entinger in Winsted MN, he was the fourth of six children. He was baptized at Holy
Trinity Catholic Church in Winsted and graduated from Holy Trinity School in Winsted. While there he met and married his high school sweetheart, Cynthia (Secora) on October 1984. They
were blessed with four children, Nathan, Jeremy, Timothy, and Stephanie.

They bought a farmsite outside of Silver Lake and raised their family. They joined Holy Family Catholic Church. Dan worked as a welder for several companies in Winsted; Sterner, Scherping, and Millerbernds. After a change in jobs he worked as head of maintenance for 20 years at Our Lady of the Lake Catholic Church and School in Mound.

Dan was one of those likable guys that as soon as you met him he was joking and kidding around with you. You always knew where you stood with Dan. He often shared stories of his childhood adventures. Dan loved camping over the Fourth of July and Labor Day with all of the Entinger and Kieser families. He enjoyed fishing, yearly spring trips to the BWCA, and occasionally hunting. During his younger days Dan also had a motorcycle and enjoyed riding around on it with his cousins and friends.

He is greatly missed by his wife, Cynthia; children Nathan (Monica) with grandson, David, of Elk River; Jeremy (Sheena) with grandson, Elliot, of Woodbury; Timothy (Katie) with granddaughter, Danielle, of Port Washington WI; and daughter, Stephanie (Alex) of San Carlos CA. His brothers: Calvin (Elizabeth) of Maple Grove, Ronald (Carol) of Chanhassen, Michael (CindyAnn)of Mound, John (Colleen) of Waverly; nieces and nephews, along with uncles and aunts, family and friends.

He is preceded in death by his parents, Fred “Fritz” and Dorothy, brother Gary, his grandparents, and numerous uncles and aunts.

A concelebrated Mass of Christian burial will be held on Monday, August 19th at 10:00 AM at Holy Trinity Catholic Church.

Visitation will be held Sunday, August 18th from 4-8 PM at Chilson Funeral Home. Parish prayers at 6:45 PM. Further visitation on Monday one hour prior to Mass at the church.