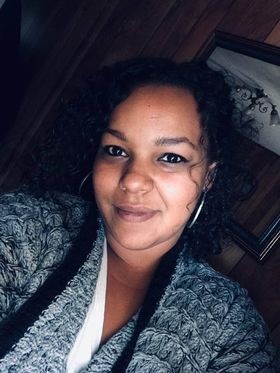 Daisy Marie Green (Giizhigookwe), age 34, of Lonoke, Arkansas and formerly of Red Lake, MN journeyed to the Spirit World on Monday, October 12th, 2020 at UAMS Medical Center in Little Rock, Arkansas. She was born on August 23rd, 1986 in Minneapolis, MN to Angela Kay Green, who passed on when Daisy was 8 months old. Shortly thereafter, Daisy and her brother Patrick moved to Red Lake where they were raised by Patrick Pierre and Marilyn Benais. She attended Red Lake Elementary school and later went to Circle of Nations school in Wahpeton, ND and after graduating Flandreau Indian School, she went on to earn a certificate as a nursing assistant and held various jobs as a health aide as well as medical assistant.

Daisy was a positive person with a beautiful soul and caring spirit. Her proudest accomplishments were her children. She loved to listen to all types of music, especially R&B and slow jams, but her favorites were Prince and Michael Jackson. She grew up in Red Lake, MN, and later moved to Minneapolis, where she had her firstborn, Angela Green, named after her mother.  In 2018, Daisy and her daughter moved to Arkansas and later welcomed her son Patrick into the world in December 2019. Daisy will be reunited with her mother, Angela Kay Greene.

An all-night wake will be held on Friday, October 23, 2020 beginning at 1:00 PM at the Little Rock Community Center in Red Lake, Minnesota.

A funeral service for Daisy Green will be held on Saturday, October 24, 2020 at 11:00 AM at the Little Rock Community Center in Red Lake, Minnesota.

Interment will be at the St. Mary Cemetery in Red Lake, Minnesota.