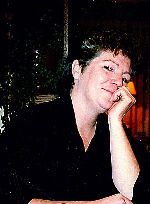 She was born on December 18, 1951 in Minneapolis the daughter of Robert & Audrey Winstrom Orth.

Colleen was employed for thirty three years at Seagate.

Colleen enjoyed sports all around. She especially enjoyed baseball and Nascar.

Preceded in death by her parents: Robert & Audrey Winstrom Orth.

A Memorial service for Colleen Johnson will be held on Tuesday, September 4th at 5:00 P.M. at The Chilson Funeral Home in Winsted.

A Time of Gathering will be held on Tuesday, September 4th from 3-5 P.M. at the funeral home.

Online condolences may be made to www.chilsonfuneralhome.com