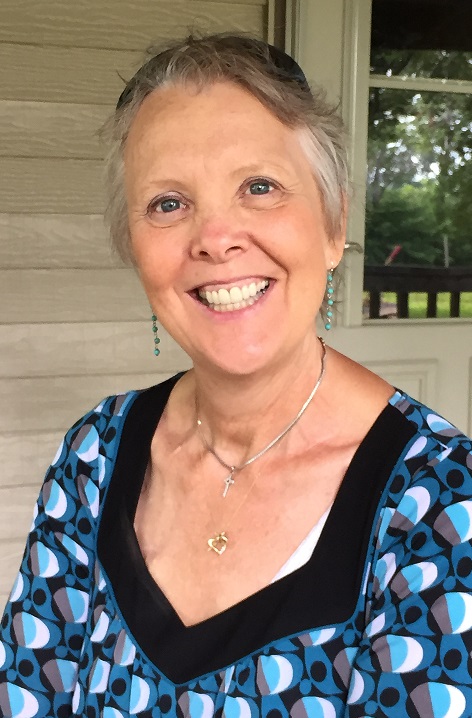 Colleen Carlson, 66, passed away Wednesday, July 7, 2021, after a courageous second battle with a form of rare cancer.

Colleen Amelia Carlson was the sixth of nine children, born to John and Amelia (Voit) Fisher on Nov. 17, 1954, in Anoka. She graduated from Winsted Holy Trinity High School in 1973. Colleen received her cosmetology diploma from St. Cloud School of Cosmetology in 1976 and a floriculture and greenhouse operations degree in 1980 from the University of Minnesota, Waseca.

In 1980, Colleen moved to Portland, Ore., where she was employed in greenhouse management. She loved the Pacific Northwest for its scenic beauty and abundant outdoor recreational opportunities.

Colleen held onto her love for the hometown boy and married her high school sweetheart, Joe Carlson, Oct. 9, 1982. They made their home in Portland and welcomed sons, Nicholas, in 1985, and Noah, in 1987.

After buying the family farm in Winsted, Joe and Colleen planted the first of 4,000 apple trees that would become Carlson’s Orchard. Colleen managed the orchard business for seven years from Oregon, before moving the family home to the farm in 1992. It was the perfect place to raise two boys.

Together, Colleen and Joe grew their family orchard into a bustling enterprise and regional fall favorite. In 1994, Colleen was key in expanding the operation to include a large retail space, bakery and restaurant in the farm’s remodeled 1932 dairy barn. Colleen’s talents were on full display in every aspect of the family business. Lunchtime was legendary at Carlson’s Orchard, with Colleen’s homemade focaccia sandwiches and soups, surely followed by a crisp apple turnover or slice of apple pie. The only thing sweeter than the apples at Carlson’s Orchard was the greeting, listening ear and warm smile Colleen gave to each customer.

The family orchard business allowed Colleen the life she wanted as a mother. Extra time at home meant nurturing Nick’s creativity with books, crafts and music, and cherished nights in bed with her first born, listening to him read his novels aloud. It meant fostering a love for the outdoors in Noah, watching birds and going for walks.

Colleen’s faith in God was as strong as the way she faced challenges, including two battles with cancer. If she said she was praying for you, she meant it. Her faith shaped her life and never wavered.

In recent years, she rejoiced in a growing family and the chance to love on sweet baby granddaughters, Emma and Cora. The girls lit up when “Grandma CC” was in the room.

Colleen’s crowning achievement was the 48 years with her spouse, Joe. Working together and raising a family required a deep love and respect for one another. Joe and Colleen set an example of love, marriage and true partnership for their children and many others.

Like her faith, Colleen’s love was unwavering. We will see her in the perfect snowflake, the eyes of our children and grandchildren, the morning chirp of a bird and the crisp of the perfect apple – and feel her love for eternity, on earth and in heaven.

She was preceded in death by her parents and an infant grandson, John Nicholas.

Memorials may be sent to:  The Nature Conservancy  or  American Cancer Society