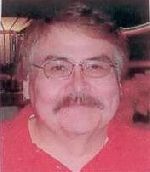 Clifford was born on August 26, 1950, one of 11 children born to Ray and LaVerne (Redwing) Allen, in Flandreau, SD. He was a member of The Flandreau Santee Sioux Tribe.

Clifford graduated from Flandreau High School and went on to attend Dakota State University, in Madison, SD. He studied silver-smithing and was an avid artist in jewelry making. He moved to Concord, CA in early 1970’s, and worked at the Bank of America and Viacom Cablevision for several years. Clifford moved back to Flandreau in the late 1980’s with his life companion, David Smith, and his favorite dog, Fran. They spent many years together. He loved listening to music, especially the “oldie’s.” He also enjoyed spending time with his family and friends.

An all night wake service was held on Monday, August 23rd beginning at 6:00 P.M. at Eastman Hall in Flandreau, South Dakota.

A Prayer Service was held at 7:00 P.M Monday evening.

Funeral services for Clifford Allen were held on Tuesday, August 24th at 10:30 A.M. at The First Presbyterian Church in Flandreau, South Dakota. Interment will be held at a later date in San Francisco, California.

The Chilson Chapel is proud to have served the family.