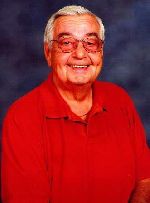 He was born on May 30, 1943 in Winsted Township, McLeod County the son of Linus C. & Magdalen A. Lachermeier Hertzog.

He was employed for twenty six years at Littfin Lumber as a salesman. Prior to that he was employed at Tonka Toys in maintenance for thirteen years and during that time Cliff and Katie owned and operated The Little Bake Shop in Winsted for four years.

Cliff was proud of his only grandson Connor! He also enjoyed wintering in Mesa, Arizona and spending summers “up North” in the Longville area.

He was known for his infectious laugh, being jolly and had a knack for buying and selling property.

A Mass of Christian Burial for Clifford Hertzog will be held on Friday, October 5th at 10:00 A.M. at St. Mary’s Catholic Church in Waverly. Father Kenneth O’Hotto will be the Celebrant. Interment will follow at St. Mary’s Cemetery in Waverly.