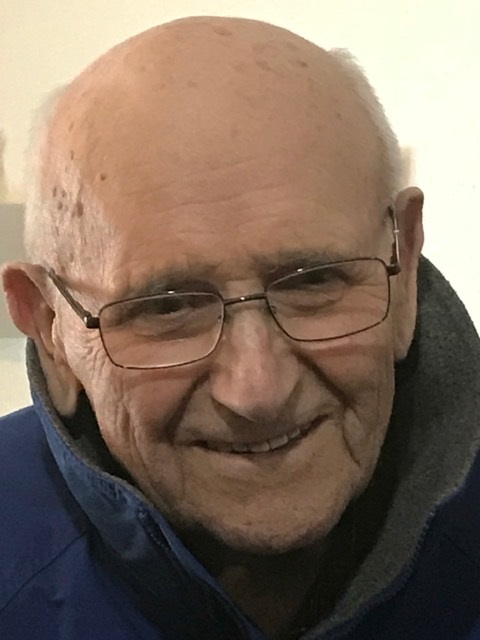 1918 — Carroll Tutt — 2021
Carroll Everett Tutt was born on October 31, 1918, in Ellsborough Township, Murray County,
Minnesota, to John Arthur and Christine (Corneliussen) Tutt. He grew up on the family farm in
Ellsborough Township, rural Lake Wilson, in a family of five brothers and two sisters. He was baptized in
his family’s home. Carroll attended Sunday School and as a teenager joined the Methodist Church in Lake
Wilson. He attended country school District #102 and graduated from Lake Wilson High School in 1936.
Carroll’s last three years of high school were spent on farms near Lake Wilson doing chores before and
after school for his room and board. After high school, Carroll stayed home and helped his father on the
family farm.
On August 2, 1947, Carroll married Florence Erickson at Ellsborough Lutheran Church. He and his
brother, Fred, continued their farming partnership on the family farm. During this time Carroll and
Florence had 3 of their 4 children. In 1965, they purchased their farm on Highway 91. It was quite a sight
to see Carroll inside their home as it was being moved down Highway 91 to its new location. In 1966
their fourth child, Kimberly, was born. No matter how hard dad worked, he always had time to help his
kids with homework and 4-H projects. In 2010 they moved to Oak Street in Slayton, MN, and enjoyed
getting to know their neighbors and their lunch friends at the Senior Center. In October 2017, they moved
into Lindenwood Assisted Living and remained there until June 2019 when they moved to Maple Lawn
Senior Care in Fulda, Minnesota. In July 2020, Carroll and Florence moved to The Gardens Nursing
Home in Winsted, MN, to be near their daughters.
Upon his marriage to Florence, Carroll became a member of Ellsborough Lutheran Church. Carroll was
active on the church council and Lutheran Brotherhood. He taught Sunday School, served as Chairman of
the Luverne Circuit Brotherhood which represented 15 churches in SW Minnesota, and was on the Board
of Directors at Lake Shetek Bible Camp. He served many years as a 4-H leader and 10 years on the Soil
Conservation Board in Murray County.
In their later years, Carroll and Florence enjoyed traveling to Pennsylvania to visit their daughters and
wintering in McAllen, Texas. Florence and Carroll traveled overseas visiting the Holy Land, Egypt,
Austria, and Germany.
Carroll was respected by friends and family for being a gentle Christian man who worked hard, never
spoke a cross or hurtful word, and extended unconditional love to everyone. Carroll was an exceptional
husband, father, grandfather, great-grandfather, son, brother, uncle, neighbor, and friend.
Carroll passed away on Saturday, January 9, 2021, at the age of 102. He will be lovingly remembered by
his wife, Florence, of 74 years; his children – Cathy, Carolyn, Jim (Sue), and Kimberly (Tom); his
grandchildren – Tara (Kory) Scholton, Noah Houg, Taylor (Samantha) Tutt, Tiffany (Grant) Bose, and
Mitchell Moorse; his great-grandchildren – Addison Scholton, Layton Scholton, Grayson Tutt and Bristol
Tutt; sister-in-law Bess Tutt; brother-in law – Jim Bjorge, several nieces, nephews, and a host of friends.
He was preceded in death by his parents; his brothers – Ralph, Arthur, Fred, Earl, John; his sisters – Mary
Owens and Irene Telford; his brothers-in-law – Bob Owens, Jim Telford, Carroll, Gilman, Marvin, and
Jimmy Erickson; his sisters-in-law – Fran Bjorge, Marilyn & Arlys Erickson, Velma, Nina, and Stella
Tutt.
Cards and memorials may be sent to Florence Tutt at 337 Sunfish Lane, Winsted, MN 55395.
A Celebration of Life service will be announced at a later date.