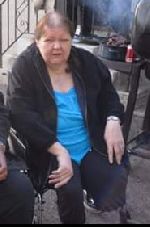 She was born on December 16, 1943 in Minneapolis, MN the daughter of Arthur and Florence Hurley.

Carol was caring person who had a big heart. She always tried to make sure family was together on holidays, that a roof was over our heads and food in our belly. Even though she had many health problems, she still always tried to cook and clean. One big motto that she always told us kids was “Treat people the way you want to be treated!” She never lied, stole or cheated from anyone. You could trust her with your life and she would make sure no one would hurt you, you could trust her with a million of dollars and she wouldn’t spend a penny. She loved going to the casino and playing bingo. She worked plenty of jobs until she hurt her back on a job. She loved to travel up north and going to powwow’s with the children. She loved to go for rides just to get out of the house.

She is preceded in death by mother and father Florence and Arthur Hurley, a sister Jean Hermin and a brother Clayton Hurley.

Funeral service for Carol Stillday will be held at 11 AM on Tuesday, October 6, 2015 at the Upper Midwest American Indian Center in Minneapolis.

An all-night wake will take place Monday, October 5, 2015 beginning at 7 PM at the Upper Midwest American Indian Center and continue until the time of services.

Honorary Casket Bearers will be Tracy Stillday and Lacresha Stillday.

Interment will be at Crystal Lake Cemetery, Minneapolis, MN