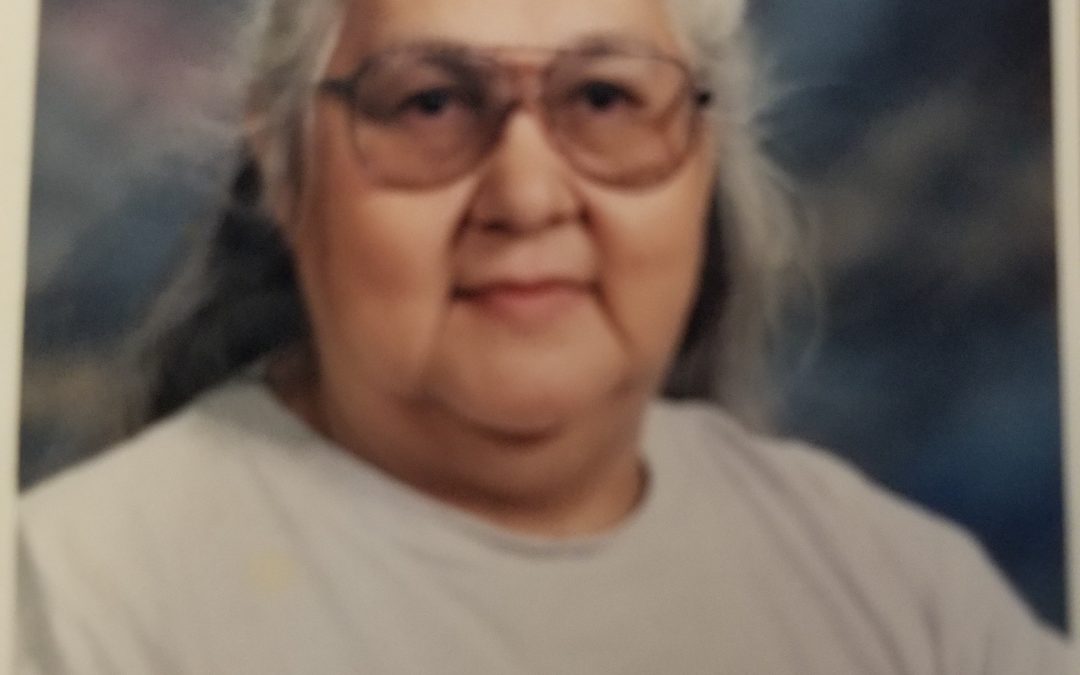 She was born on June 26, 1942 in Cass Lake, Minnesota, the daughter of Gladys (Smith) Cain and Arthur Jones.

Barbara was a proud member of Leech Lake Band of Ojibwe. As was common in the Native Community, Barbara, Sharon and Jackie were raised by their maternal grandmother, Esther Smith.   At Mission Corner, Barbara experienced the start of her spiritual learning and  would go with her grandmother in the woods to pick herbal medicines to help people. Later on, Barbara continued her spiritual teachings and lifestyle by participating in Lakota ceremonies and sundance; which was a big part of her life.

Family was very important to her, especially keeping them together.

She enjoyed bingo and traveling.

Preceded in death by a son Antoine “Tony” Senogles, her parents and by siblings Suzanne Cain, Richard, Violet & Priscilla Jones and by a grandson Manuel Archambault and a great granddaughter Charley Rose Senogles.