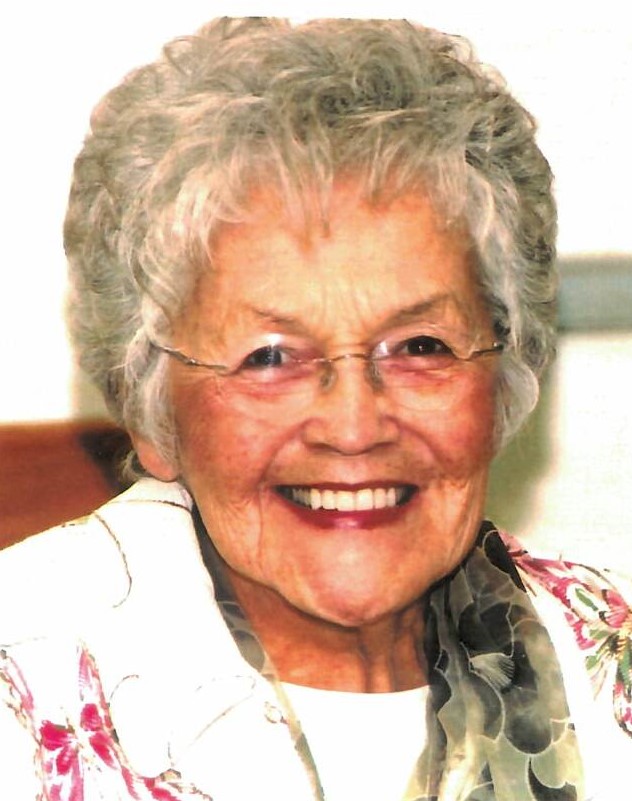 She was born on May 24, 1926 in Superior, WI the daughter of Robert Fairbanks and Elizabeth Budreau.

Audrey was raised by her loving grandparents, Josie and Robert Fairbanks on Mission Corner in Cass Lake, MN. Her early school years, were attended at St. Mary’s Mission School in Red Lake. She then went on to graduate from High School in Flandreau South Dakota.  After High School, one of her first jobs was in Cass Lake at a Bakery.  She would also spend as much time as she could with her father, Robert Fairbanks.  Audrey then moved to Minneapolis where she met her husband “Lars” Melbourne Larsen. Mel played on the same team with her brother “Jack” Fairbanks.  They were married on December 18, 1952. Together they raised 9 children in Columbia Heights and Attended Immaculate Conception Church.  After she raised her children, she continued her Education, at the Minnesota School of Business. She then Retired from the United States Post Office.  Summer family vacations were spent in Bemidji and Cass Lake with the Fairbanks Family. Many wonderful, fun memories were made there. Audrey loved to go up north to Cass Lake, where she grew up. Our family is also close to Melbourne’s 4 sisters:  Ardelle Nelson, Mary Jane Lacombe, Eleanore Pappas and Audrey Murzyn. We are so fortunate to have so many lovable and fun relatives.  Audrey enjoyed reading, cooking, gardening and watching the MN Twins.  Audrey cherished babysitting her grandchildren and spending time with her family.  Her last years were spent at Catholic Eldercare Memory Care in Minneapolis where she was a member of St. Anthony of Padua Church.

Funeral services will be Friday, June 19 at 12:00 Noon at St. Charles Catholic Church, Cass Lake, MN.  Father Kuriakose Nediakala will be the celebrant.  Interment will be at Mission Corner Fairbanks Cemetery in Cass Lake, MN.