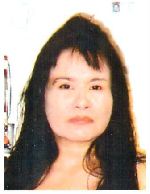 She was born on January 6th 1970 in Red Lake the daughter of Shirley Roy & James Lussier.

Audrey attended school in Red Lake and from there she moved to St. Cloud to attend job corp where she received her GED.

She enjoyed doing crafts, going to the casino and spending time with her children and grandchildren.

Audrey worked as a housekeeper during the summer
times at Ruttger’s Resort.

She loved listening to music, her favorite was rock n roll, she loved Harley Davidson bikes and classic cars.
She was a happy carefree woman with lots of love for everyone.

She will be deeply missed!

Funeral Services for Audrey Lussier will be held on Tuesday, April 23 at 2:00 P.M. at The Little Rock Community Center in Red Lake.

All night wakes will be held on Sunday, April 21, and Monday, April 22nd beginning at 1:00 P.M. until time of Services on Tuesday, April 23rd at The Little Rock Community Center in Red Lake.

She will be buried at the family burial grounds in nay-ah-shing at her mothers house.

Honorary Casket Bearers will be all her friends and relatives.