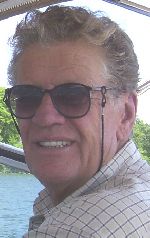 Arthur John Bublitz, age 66 of Sun City, Arizona died Tuesday, July 8, 2008 in Watertown, Minnesota. He was born to Caroline and Arthur Bublitz on June 19, 1942, in Thiensville, Wisconsin. The family later relocated to Flandreau, SD, where Arthur attended elementary school and high school before marrying Mona Wakeman Miyasato in Boone, Iowa, on December 18, 1958. Arthur and Mona had one daughter, Deborah Dawn. Shortly thereafter, Arthur and his family moved to Sioux Falls, SD, for a short time before moving to Verona and Madison, Wisconsin. Arthur worked as a journeyman carpenter and later became a contractor before making a highly successful transition into real estate, which he continued until the present time. He was also known as the “original MacGuyver”. Arthur continued business in Wisconsin and relocated to Phoenix, Arizona in the late 1970s. Arthur Bublitz was an avid outdoorsman; hobbies included hunting, fishing, boating and woodworking. He was selflessly committed to service—his generosity lent itself to various volunteer and humanitarian/philanthropic endeavors; most notably his work with homeless shelters and church related functions. Art was a good man with a fine sense of humor, whose laughter was contagious. He had a huge smile, an enormous heart, and was a friend to all. Arthur is survived by his daughter, Deborah Dawn Amburn; a grandson, Kody Amburn; his sister, Mary Jane Sponheim; and two nieces, Laurie Colbeck and Linda Castle. He was preceded in death by his parents, an infant brother, and his sister, Eleanor Colbeck.

The organist for the funeral service was Bill Beane.

All night wakes were held on Thursday, July 10th and Friday, July 11th at Eastman Hall in Flandreau, South Dakota beginning at 7:00 P.M.