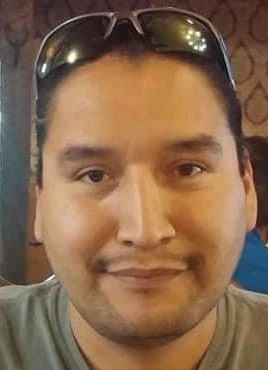 Arlyn Dean Nelson, Yellow Cloud Ozaawaanakwad, age 45, journey to the Spirit World on May 1, 2021 in Prior Lake, Minnesota.  he was born in Red Lake, Minnesota.  He was born in Red Lake, Minnesota on May 18, 1975 the son of David Edward Nelson and Beverly Joan Red Eagle.  He worked as a laborer for the city of Minneapolis, Minnesota. Aryln was so many things to so many people: husand, grandfather, uncle, brother, friend, mechanic, fishing buddy, and traveling companion.  But, most of all he was someone who made friends easy, was funny and had a big heart.  He had the best smile, had such a great laugh and sense of humor, sometimes dark, but he could be so funny.  Arlyn’s laugh was so contagious, even from the other room.  He went out of his way for you if he knew you needed help, and if he was feeling well enough to do it.  Arlyn suffered a brain injury back in March of 2019.  Most everyone will remember him always wearing his sunglasses, because the world became too bright without them.

Arlyn loved to travel, to see and do new things.  He spent a lot of time traveling with our extended family.  We made the best of memories with him.  He loved his job and the friends he made at work.  He wanted so bad to go back to work.  He will always be remembered with love and fond memories by those he left behind.  There will always be a void in our hearts, but he will be free of pain.  We will always love you and never forget you.

Officiating will be Brendan Kishketon and Charlie Smith