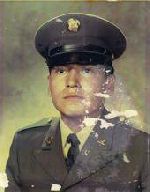 Arlo Lame Omaha July 7, 1952 – August 31, 2018
Arlo was born in Valentine NE to Spray and Goldie (Beads) Lame Omaha. He is survived by his younger brother Keenan, Daughter Arlana, her son Deeko, son Myron and many, many adopted children and grandchildren. He also is survived by family here in the Twin Cities and on the Rosebud Reservation in South Dakota as well as many Hunka Relatives and friends. He is now reunited with his parents, grandparents, his beloved younger brother Myron, his sister, and too many relatives and friends to list.
Arlo’s passion in life is to teach and preserve the Lakota Way of Life – the culture, language and spirituality. Arlo is also an accomplished musician. He is a guitar player who loved the blues, but played many different instruments and any genre. The Omaha Band played the Twin Cities and included local musicians Ellsworth Ten Bear and John Beaulieau. Arlo is a storyteller, a poet and an artist as well – his talents are boundless.
Arlo earned his first paycheck for picking potatoes when he was 4. He is a US Army Veteran. He has worked as security, director of a recovery program, a cab driver and a DJ, but his passion has always been his Lakota Ways and the Lakota People.
Chilson Funeral Home, Winsted, MN served the family.