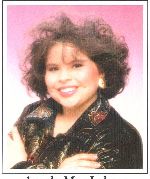 She was born on September 20, 1979 in Minneapolis the daughter of Leonard M. Lohnes Jr. and Lori A. Lussier.

Preceded in death by her grandmother: Gloria J. Dahl.

A Mass of Christian Burial for Angela Mae Lohnes will be held on Wednesday, February 19th, 2014 at Our Lady of Perpetual Help in Danbury, Wisconsin. Father Mike Tupa will be the Celebrant and Interment will follow at Danbury Cemetery in Swiss Township, Wisconsin.

Honorary Casket Bearers will be all her friends and family.