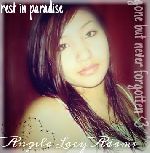 Angela made her home in Agency Village, South Dakota where she spent most of her time raising her three children who she cherished very much. Angela was a beautiful spirit and was kind to everyone she met and knew her. Angela loved to spend time with her children, family, and friends. She also liked to post pictures of her babies and talked about them everyday. A few of Angela’s favorite things: the color purple, watching movies, listening to music, dancing, taking her babies to swim at hotels, and hanging out with family and friends at the tribe’s casinos visiting with people. She loved riding a four-wheeler, she’d ride it until it ran out of gas. Angela was known for her kind spirit, beauty, and laughter.