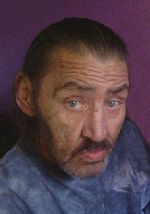 Allen Lee Carter, age 65, of Monticello Journeyed to the Spirit World on Friday, October 23rd, 2015 at his residence.

He was born on January 23, 1950 in Devils Lake, North Dakota the son of Frank Carter Jr. and Anna Boyer.

Allen was formerly employed as a security guard at Avalon Security.

He loved working on cars with his granddaughter Nichole. His favorite holiday was Halloween, he loved scaring the kids. He always dressed up!

He loved everyone so much he treated everyone like they were his own kids or own grandkids. His favorite band was ZZ Top and Cher. He could listen to them 24/7. Allen also loved his Native American flute music. He loved his animals, he loves his chow Chow. Allen was a simple man, but he was a happy man.