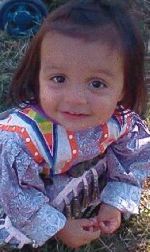 She was born on December 31, 2009 in Watertown, South Dakota the daughter of Mario Contreras and Shannon Cook.

Preceded in death by her grandparents: Ervin Cook in 2008 and Mario Contreras in 1997 and by an aunt Heidi Jo White.

Honorary Casket Bearers will be all of her siblings and cousins.