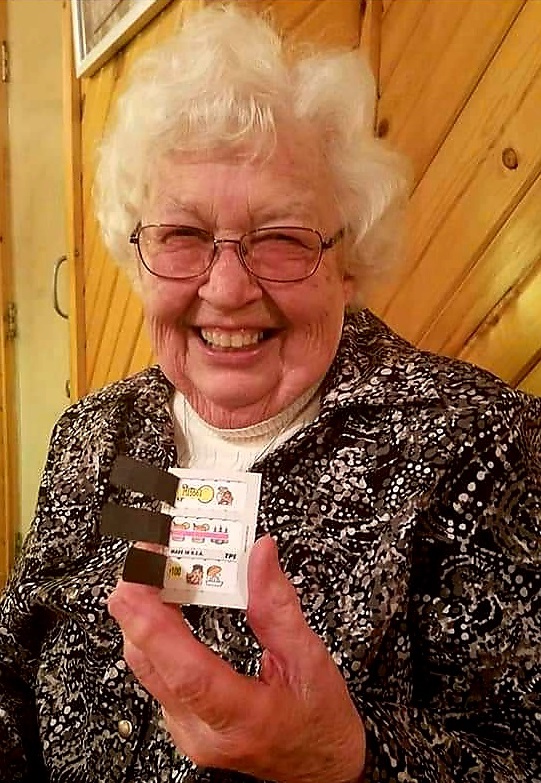 She was born on February 25, 1934 in Glencoe the daughter of Peter and Stella (Mochinski) Rozeske.  Agnes graduated from Silver Lake High School.

On June 6, 1953, Agnes A. Rozeske and Clemens A. Fiecke were joined in holy marriage at St. Adalbert’s Catholic Church in Silver Lake.  God blessed their marriage with four children.  Agnes and Clem engaged in dairy farming in Hale Township, McLeod County for many years. She also worked at 3M.   She enjoyed sewing, crocheting, fishing, puzzles, camping and gardening.  She was also a volunteer at St. Mary’s Nursing Home.   She was a faithful member of Holy Trinity Catholic Church in Winsted.  Aggie belonged to St. Anne’s Society, American Legion Auxiliary #407 and to the Silver Lake Senior Citizens.

Preceded in death by her loving husband Clemens A. Fiecke in 2000, a son Edward Fiecke in 1977, a grandson Timothy Fiecke in 1976, parents and by a brother-in-law Floyd Mickolichek.

A Mass of Christian Burial will be 11:00 a.m., Saturday, June 19, at Holy Trinity Catholic Church in Winsted. The Rev. Robert Mraz will officiate. Interment will follow at Holy Trinity Cemetery.