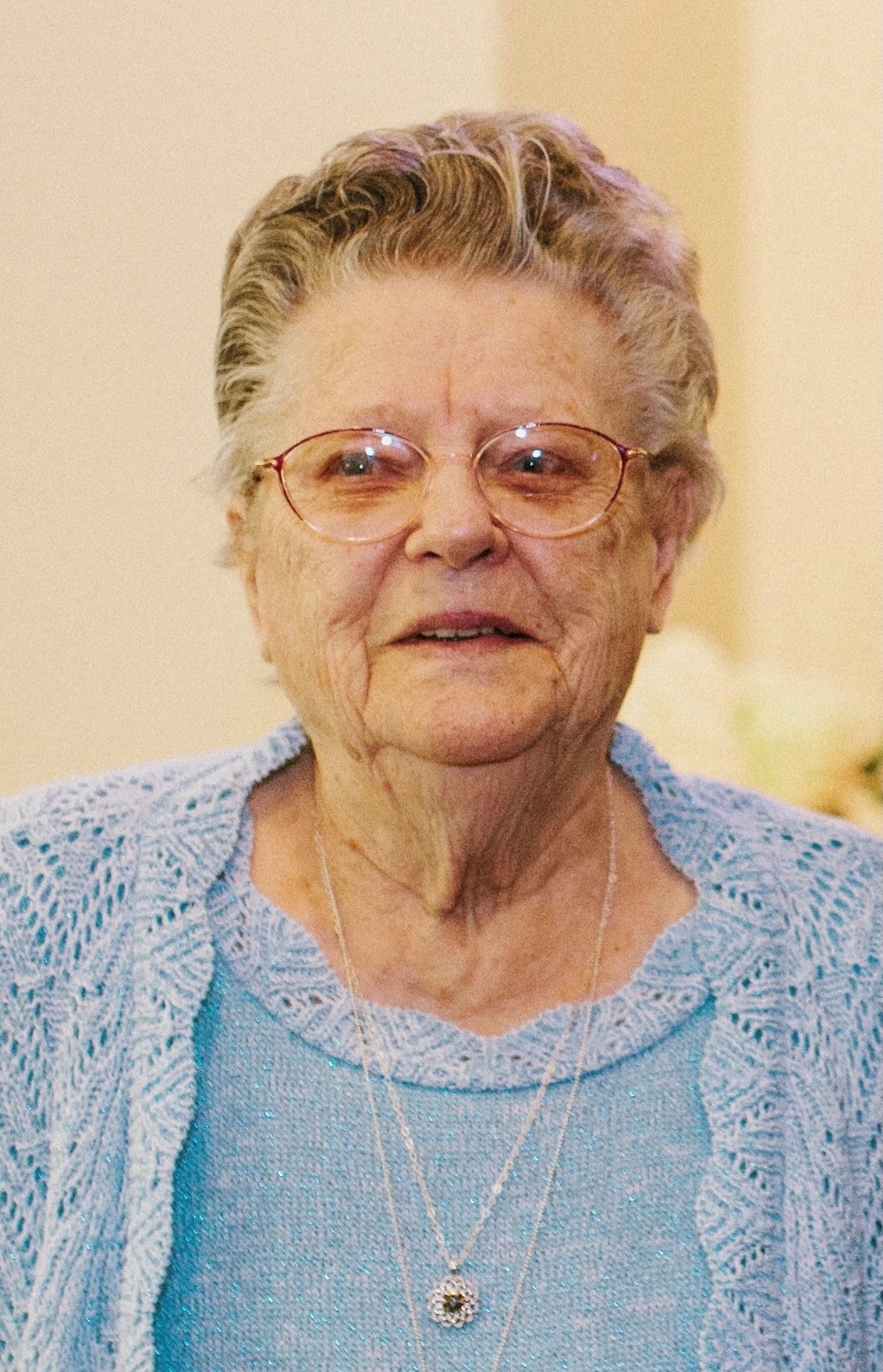 Agatha E. Horstman, age 96, of Dassel passed away on Wednesday, September 1, 2021, at The Dassel-Lakeside Home.

She was born on January 8, 1925, in Winsted Township, McLeod County, the daughter of Edward & Anna (Fiecke) Sterner.

Agatha attended and graduated from the 8th grade at Holy Trinity Catholic School.  She also worked hard on her family’s farm.  As a young woman she lived in St. Paul where she had several jobs over the years starting with a job working in food service at St. Joseph’s Hospital.  During WW II she worked at the Twin Cities Army Ammunition Plant, and after the war worked at Brown and Bigelow making calendars. While living in St. Paul she became proficient at getting around using streetcars.  From listening to her stories, she seemed to be an adventurous and curious young woman.   Prior to her marriage she moved back to Winsted and worked as a nanny for a local family.

On June 15, 1948, Agatha E. Sterner and Leon P. Horstman were joined in holy marriage at Holy Trinity Catholic Church in Winsted.  She said that she spotted Leon at church when she was 17 and knew that he was the man she would marry.  She was right, they were married six years later.  God blessed their marriage with seven living children.

Agatha and Leon operated a dairy and crop farm on the Horstmann Family Homestead North of Winsted.   She always had a large garden, a large raspberry patch and did lots of canning.  She was a terrific baker and made the best pies! As a young girl Agatha learned to crochet, embroider, and quilt.  She was still crocheting an afghan for a great granddaughter the day before she passed.  Family members enjoy her many works of art.  When her family was grown, she worked with a friend, Annie Thiemann, preparing and serving funeral lunches at Holy Trinity for many years.  She continued to work at several part time jobs as well.  Agatha and Leon loved to play cards with local friends and attend fish fries.

Agatha loved her family and especially enjoyed her grandchildren and great-grandchildren.  She was a beautiful person, very talented and loving.  Her memory was sharp as a tack even until her last days.  Most people thought she was funny and even hilarious especially in later years.  She was honest and blunt but never intended harm.  She had an eye for detail as well. She was accepting and understanding of people’s differences and idiosyncrasies.  Her family will greatly miss the family matriarch.

A Mass of Christian Burial for Agatha Horstman will be held on Saturday, September 11, 2021, at 11:00 A.M. at Holy Trinity Catholic Church in Winsted.    Interment at Holy Trinity Cemetery.

A visitation will be held on Saturday, September 11th at The Chilson Funeral Home in Winsted from 9:00-10:30 A.M.

The Chilson Funeral Home in Winsted is serving the family.   Online condolences may be made to www.chilsonfuneral home.com