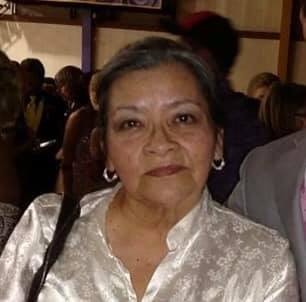 After graduation, she moved to Nebraska where she had her oldest son Andres followed by her son Joseph in Illinois of 1969. Aaron, was born in Georgia in 1974 with the first of her daughter’s, Kathryn, born in New Mexico in 1980. Rosalie, her last daughter was born in Nebraska in 1983.

Adele enjoyed her children and grandchildren, any activity that involved family and the children, she enjoyed the most. While living in Japan, she began to pick up hobbies such as ceramics along with macramé, cooking and collecting foreign furniture. In Omaha she enjoyed an occasional dance with friends and family. It wasn’t until 1980, her move from Clovis, NM to Omaha, NE she began her journey as a single mother with a family of 5. She worked tirelessly, a full-time job, one part-time job and attending school during the evenings. Adele was short of her Bachelor’s Degree in Business by 6 credits and always preached the benefits of an education to her children and grandchildren.

All night wakes will be held Saturday, March 21 and Sunday, March 22 beginning at 6 PM each night at Eastman Hall, Flandreau, SD.

Funeral service will be held Monday, March 23, 2020 at 11:00 AM at Eastman Hall, Flandreau, SD.  Ken James will officiate.  Drum Group is the Wakpa’ Ipaksan Singers.

The Chilson Funeral Home assisted the family with arrangements.  On-line condolences can be made at www.chilsonfuneralhome.com