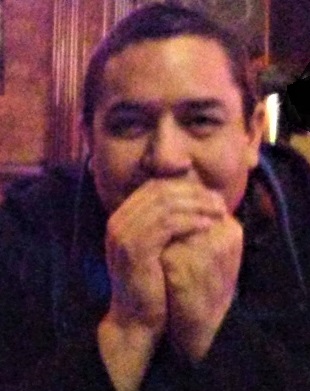 Peter “Miinawaa” Joseph Harstad, age 55, of Minneapolis passed away peacefully on February 11, 2021. Pete was born December 21, 1965 to Charlotte Roberts, and adopted by Donald and Lucille Harstad. He grew up in Northeast Minneapolis, and graduated from St John’s Preparatory Academy in Collegeville, MN in 1984. He was a member of the White Earth Nation.
Pete enjoyed working in the restaurant business and dreamed of owning his own pizza place. He worked at the Green Mill in Minneapolis, Trapper Pete’s in Cloquet and the Blue Goose Tavern in Garrison. He also did seasonal work for Greiling Tree Services and with independent arborists in the Twin Cities metro area.
Pete loved talking and kidding around and staying in touch with his family and friends daily. He liked to travel and take road trips. He made friends wherever he went. He visited Cancun, Mexico, Canada, Alaska, Hawaii and many other states. He enjoyed good food and especially liked grilling out. Pete loved to play cribbage and recalled his highest hand count was 28. He was the best brother, especially to his youngest sister. He was always available to help someone in need no matter what the circumstance. He helped friends move their households across multiple states, and he willingly hauled heavy items “up the hill” at the cabin.
He was preceded in death by his adoptive parents Donald W. and Lucille M. Harstad, his birth parents Charlotte M. Roberts and Robert J. Drew, brothers Paul Harstad and Loren “David” Roberts, sister Lorene “Weedie” Roberts, and beloved dogs Sally and Molly.